The Ukrainian Levkoy is a playful, sociable, and affectionate cat breed that gets along with almost anyone.

It is a hairless breed, which means that it makes the perfect companion for people who have allergies.

Find everything you should know about it, from its health and temperament to its appearance, care, and grooming requirements below.

This cat breed was created by Elena Biriukova in Ukraine. It was a result of mating Scottish fold males with hairless Donskoy females.

The genetic material of a Levkoy has traces of non-pedigreed and oriental cats as they were also used for perfecting the physical features of the breed, as it now looks. The final aspect was achieved in 2004 by the original creator.

It was recognised in Ukraine by ICFA RUI in 2005 and in Russia by ICFA WCA in 2010. These two countries are the only ones that have recognised the breed as of yet.

These cats are equipped with a medium-to-long and slender body boasting long legs and an overall muscular look. Some owners like to say that a Ukrainian Levkoy’s head looks more like that of a dog rather than that of a cat.

When it comes to coat colour, the sky’s the limit. There is a very generous diversity, so they can be of any pattern or colour.

The ears are roundly folded down and forward, and they often don’t touch the cat’s head.

Even though breeders might avoid using straight-eared Levkoy cats for breeding, the truth is that they play a major role in the development of the breed.

Combining two fold-eared cats can lead to the kittens suffering from skeletal problems. For this reason, one of the parents must always have straight ears but should come with the rest of the typical features of the cat breed.

A Ukrainian Levkoy cat’s eyes are almost always almond-shaped and large. They can have any eye colour, and they are still recognised as being a representative of the breed.

As for this pet’s tail, it is long, whippy, and slim, and it usually boasts a pointy end.

When it comes to their size, some Levkoy cats can get pretty big.

They usually don’t weigh more than 15 pounds, although the breed standard is typically up to 12. They measure about 8 to 10 inches in height.

One detail that sets this cat breed aside from the rest is its dependency on humans. They enjoy being with their owners, and they also get along with other cats quite well, especially if they are socialised as kittens.

When left alone for a long time, they tend to suffer from separation anxiety.

In fact, Levkoy cats are so sociable that they can begin to develop symptoms of depression when being left alone for just eight hours.

They are highly intelligent, friendly, as well as playful, so if you tend to be away from home for many hours per day, it is important to leave them with as many entertainment opportunities as possible.

They also enjoy the company of children, which makes them a great pet for families with kids.

As strong as their play instincts might be, they rarely become aggressive. When this happens, they usually do it to defend themselves.

They love being massaged and are known to play with anyone, whether their guardians or even strangers. They can get quite vocal, especially when they are hungry.

It’s important to keep a Levkoy as happy and mentally stimulated as possible; otherwise, they can get a little mischievous and even slightly destructive. Scratching posts and interactive toys are a must for this cat breed.

Even though they are generally considered healthy animals, Levkoy cats are known to develop at least some of the health conditions that affect their ancestors, meaning the Scottish Fold and the Donskoy.

Since the breed is relatively new, there are no specific health problems associated with it yet.

From their Scottish Fold side, they can inherit diseases such as polycystic kidney disease, cardiomyopathy, or osteochondrodysplasia.

Their Donskoy genetic material can lead to your Levkoy suffering from anything from ectodermal dysplasia to gum disease and tooth decay.

If you are lucky enough to become a Levkoy owner, you should know that cats rarely show symptoms of illness until the disease has progressed, and it becomes hard to treat.

For this reason, we recommend taking your Levkoy to the vets at least once a year, even when she’s young, and the yearly vaccination plan has been completed.

Geriatric Levkoy cats need more care, so you should consider going in for two to three checkups per year.

Caring for a Ukrainian Levkoy Cat

There are two essential factors to consider when caring for this cat breed. One of them consists of the particularities of their ears, and the other is related to their skin health and requirements in this sense.

From their Scottish Fold side, Ukrainian Levkoy cats can inherit ear and cartilage issues as a result of a genetic mutation.

Folded or curled cat ears are much harder to clean compared to straight ones, so you will have to make sure to get rid of any dirt or wax that could have accumulated in the ear or around it.

Setting up an ear cleaning routine or at least an ear verification every week can save your cat a lot of hard time and pain, as it is the only effective way to prevent an ear infection.

Hairless cats, such as the Ukrainian Levkoy, also have their specific needs.

Due to their ‘coat’, they cannot withstand extreme temperatures, whether hot or cold. As such, this cat breed is prone to developing sun exposure-related health conditions, including sunburns and skin cancer.

Furthermore, while their skin does produce sufficient amounts of oil, there is no hair to distribute it evenly on their bodies, which is why they need special care in this sense.

It’s not uncommon for a Levkoy cat to develop skin infections, whether with bacteria or yeast.

Some hairless cat breed owners have to create routines where they massage their pets’ bodies or even give them baths and then moisturise their skin. Have a talk with your veterinarian to find out if this is necessary in your case.

Another aspect worth mentioning is that these cats can’t regulate their body temperature as well as long or medium-haired breeds. For this reason, you should always make sure that their living environment is warm.

Besides their ear and skin needs, Levkoy cats are fairly healthy and happy pets.

Make sure you spend enough time with them as this is essential for the correct mental development of any Levkoy.

Although the average lifespan of a Levkoy is estimated at anything between 9 and 15 years, there have been cases of cats that have lived to be as old as 20.

You are making a long-term commitment when becoming a Levkoy owner, so don’t take one on lightheartedly.

When it comes to feeding any cat, whether a Levkoy or not, there are three main categories of food that exist:

The most suitable one for this breed would be a natural one, meaning a raw cat food.

You could also opt for a super-premium option, whether dry or canned. Some are specifically formulated for hairless cat breeds.

An unbalanced diet can have a negative effect on your Levkoy’s health, so make sure that you do not feed your cat human foods.

Cats should not be fed sugar, salt, condiments, or spices as they can develop severe adverse reactions as a result.

Feeding your Levkoy the same food that your dog eats is also a no-go, in this case, as dog varieties often contain huge amounts of carbohydrates. As you probably know, cats are carnivores, so they should have a diet mostly composed of protein and fat.

An interesting fact about this cat breed is its ravenous appetite.

Some cats can scoff down their lunches in as little time as possible, especially after a particularly intense exercise or play session.

Unfortunately, this can lead to indigestion in most Levkoy cats.

Therefore, it is a better idea to give your cat three to five small meals per day rather than feeding them two big meals or leaving their kibble to be available at all times.

While most cats don’t need baths at all as they do a great job at grooming their bodies, the same rule does not apply in this case.

Due to their hairless bodies, Levkoy cats do have to take baths once in a while. However, in order to prevent disruption to their skin you should try to avoid bathing your cat more often than once every fortnight.

Even though cat owners might tend to think that since they have little to no hair on their bodies, Levkoy cats need almost no grooming at all, this is far from true.

If your pet spends time outdoors, in your yard, or even goes outside on a bit of an adventure, you have to make sure that you apply sunscreen to their skin. 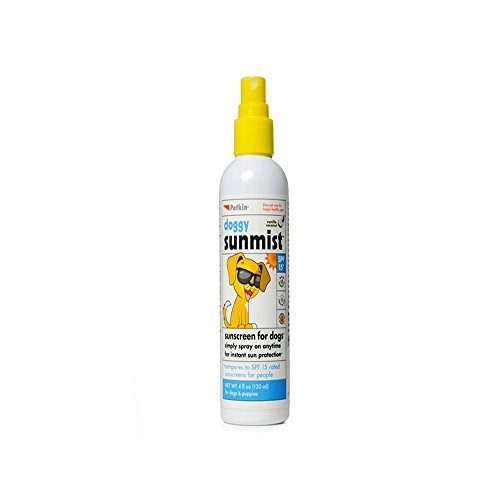 Otherwise, they can develop a variety of skin health issues from ultraviolet exposure.

While they are not as rare as Toyger cats, for example, Ukrainian Levkoys aren’t exactly common.

Breeders are few and located in just several places across the globe.

Most of those that we could come across are in Russia, Ukraine, and Belarus.

For this reason, getting a Levkoy kitten can be challenging and also expensive. You will have to pay not just for the cat itself, but also for it to be transported in excellent conditions.

Of course, there’s also the option of you travelling to the breeder’s location to get your kitten, but if you are located in the United States, Australia, or Canada, this can be extremely expensive.

The cost of the kitten might be the lowest one of all expenses that are associated with getting a Levkoy since an individual usually costs somewhere between $400 and $800.

The price depends on their gender, breeder, whether they have straight or folded ears, and if they are completely hairless or not.

Given their origin and history, most pet parents love to give their Levkoy kittens a slightly Russian name. Several examples are listed below.

For females, the top favorite Levkoy cat names are the following:

Naturally, there is no specific rule when it comes to naming a Levkoy kitten, so you can also pick one of the endearing ones listed below:

With their endearing personalities and their constant need for attention and playtime, Levkoy cats make great companions for anyone.

They do need a bit more care compared to other breeds, especially in terms of grooming.

If you become a Levkoy cat guardian, you will never regret your decision. How To Dispose Of Cat Poo: 3 Safe, Clean & Hygienic Methods